The 2014 GSA/ExxonMobil Field Camp Excellence Award was given to the University of Missouri's Branson Field Camp. The award is given in recognition of safety awareness, diversity and technical excellence of a field camp program.

A formal presentation of the award was done during the annual meeting of the Geological Society of America in Vancouver in October of 2014. In addition to the large stone award (seen on the left) and a commemorative plaque, a financial award of $10,000 was also given. These funds were used to bear-proof Branson Field Lab and to purchase several new desktops and computer monitors for our computer lab and staff office, as well as associated software licenses. 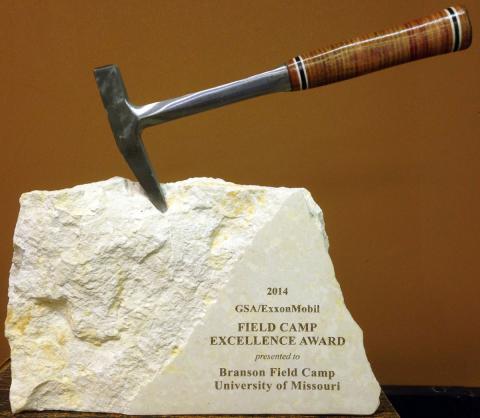