Tag along to Mizzou’s Camp Branson outside Lander, Wyoming, where geology majors have spent their summers for the past 110 years
News Source
Show Me Mizzou
Justin Heckert

The light gets weird in the Valley of Doom. It’s like the sunlight turns purple and eventually stains the eyes, and the student geologists are at the mercy of this phenomenon the longer they stay outside. They are in the middle of an epic and demanding hike this morning. It’s early May in central Wyoming, and they’ve been studying rock formations for hours. This is an oil field called Dallas Dome, with rusted pump jacks rocking back and forth in the warmth of the daylight. The light is a cloudless light and will temporarily burn the retinas of everyone working on a geologic map for this class; the professor tells her students this is called burn-eye syndrome, which isn’t nearly as horrible as it sounds. So, they will come back to their cabins at base camp later in the evening, when the air is cooler, weary from the day, with a kind of grape-tinted vision, all in the name of geology. 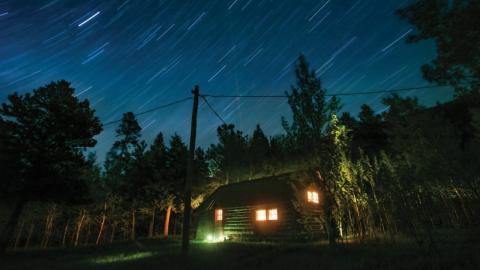